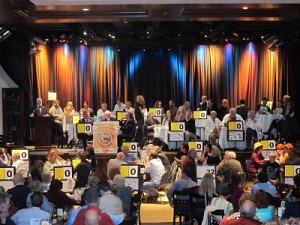 “A new world ranking of countries and their literacy rates puts the United States at 7th. Who’s No. 1? Finland.”  Source: The Washington Post, March 8, 2016

Now there’s a bit of trivia I didn’t know.  And it was published by a renowned newspaper for others to read so it must be true, or at least is mostly accurate.  At minimum it makes one ponder.  Fortunately the USA is in the top ten but we can do better.  Think about it.  Without the printed word we’d have nothing but space, blank space.  All you’d see is a bunch of black ink, dots, and squiggly lines.

Back in my grammar school years learning to read did not come naturally.  I sounded out consonants and vowels, verbal and visual puzzles that tricked me.  I wondered how strings of letters became words.  I recall a frustrating after-school session with my parents.  They tried to teach me a new word, patiently coaxing me with affirmations, but that stupid word stymied me to a point where sweat beaded through my crew cut (my 1970 hair-doo).  The word included a letter “H” which didn’t make sense.  D’s made sense.  D’s were for dogs.  F’s, L’s, and M’s were easy.  They were physical noisy sounds I could mechanically enunciate.  But not H.  To this day I can’t spell the way H sounds unless its “ache” which has an entirely different meaning.

I sounded out the word: Ha..aaa…mmm…e…r…  Hammer.  The story I read involved a hammer.  Jack pounded the nail with a hammer. 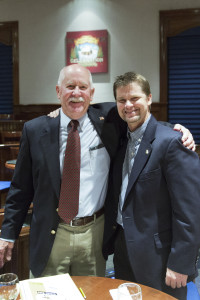 On October 28, 2016 I’ll cohost the Butte Trivia Bee, a fund raiser for our local library and literacy programs including adult reading programs.  Now celebrating its 10th anniversary, the event will be held in the Sierra Nevada Brewery’s Big Room in downtown Chico.  Last year’s event drew a full house. This year is my second as co-host with long-time pal and Trivia Bee veteran, John Blacklock (stage name Johnny B), a certified ham, fun hog and fellow goof ball.

Butte County Library Literacy Services is one of the first Adult Reading programs in California.  Established in 1985, the California State Library recognized the importance of providing resources for community members who struggle with reading.

Butte County’s program operates a Mobile Library Literacy Services bus that visits State Preschools, Family Events, Head Start programs and reunification services.  The program recognizes literacy as a family affair.  Last year over 3,000 books were sent into homes for new readers to keep and call their own.  In addition to raising funds and awareness, the Trivia Bee celebrates everyone’s right to read.  And for many adults that have navigated life with poor reading skills, it’s a chance to acknowledge those who’ve decided to improve themselves. 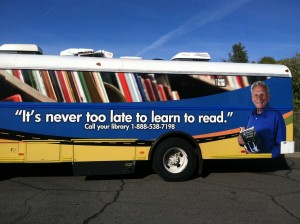 It takes courage to admit you cannot read.  And it requires patience and servant-hood to become a volunteer tutor.   Humbling?  Yes.  Rewarding?  Double yes.

Consider what YOU read every day: magazines, newspapers, social media posts.  Many of the words we read aren’t worth the bytes that transmit them.  But consider the overall effect on an Adult Learner who improves their reading skills.  Think of the world available to him or her whether it’s reading a recipe, novel, or ballot.  The swooshing sound is an expanding mind.

So as much as I enjoy hamming it up among friends to promote a noble cause, the Butte Trivia Bee is a celebration for tutors, Adult Learners, and everyone’s right to read.  If you’re a know-it-all spend the evening with us.  Imagine the trivia you’ll learn, stuff you really need to know.  For ticket information call the Butte County Library at (530) 538-7198.

While I’m at it here is some trivia about the letter H:

If you missed No. 3 I did too.  I never read much about ancient Roman History but I thought this elephant pic was cool…