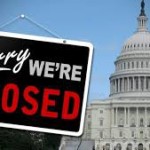 Writer’s block sucks.  I hopped on a government web-site to research a project and stimulate my brain… only to discover that the government is closed.  The web-site is kaput.  Glad it’s not April 14th.

So instead I’ll welcome you to 2018 with a few quotes from two insightful humor writers, guys I’d really like to interview someday as part of my Humor Project. 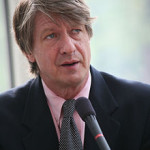 “Being a humorist is not a voluntary thing.  You can tell this because in a situation where saying a funny thing will cause a lot of trouble, a humorist will still say the funny thing.  No matter how inappropriate.”

“You know your children are growing up when they stop asking you where they came from and refuse to tell you where they’re going.” 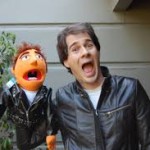 “I’ve gotten thicker skin mostly from being older.   You just stop caring quite as much about everything.”

My humor writing started 25 years ago when I wrote a column entitled “Garbage Talk.”   I worked in the garbage business at the time, in the early 1990’s, before Al Gore invented the internet.   Garbage Talk appeared in several gerbil-powered Northern Sacramento Valley newspapers but the column developed a following.  I wrote stories about weird stuff that happens at landfills.  If Facebook was invented then it may have sent me on a different career path.  Readers really liked it.  I rekindled my writing pursuits six years ago, focusing on family humor stuff, and launched the Etc.Guy blog in 2013.  I’ve since written for various magazines including Hockey Player Magazine where I write about a has-been-out–of-shape-aging hockey player getting his butt kicked every week by younger guys.  It’s been a hoot and I’ll keep at it.  But I’m not ready to quit my day job (which ironically, is back at a landfill). 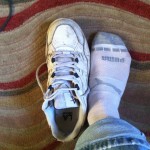 My wife worries when I write or speak at events.  Though I wear a size 8 shoe I have a size 13 mouth. I shared that information with a friend.

“Hmm…Sometimes you gotta aim higher than that.”

My New Year’s Resolution, for writing, is to aim higher.  If I aim where I want to be, maybe I’ll end up where I’m supposed to be.  Now, whenever the government reopens I’ll get back to researching that project if only I can remember what it was.  Happy 2018.

PS Join my Etc. Guy Facebook page if you have time.  For that you can aim low.

PPS If you’re in a listening mood you can hear several stories by visiting my Published Work link at Etc. Guy (stories recorded with Nancy Wiegman, host of Nancy’s Bookshelf, at KCHO-FM, Northstate Public Radio, in Chico).