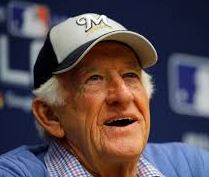 “I led the league in go get ‘em next time.”  Bob Uecker, Mr. Baseball

Stanley Cup hockey has consumed my brain these past weeks, albeit the season is three months behind schedule.  When NHL hockey ends this week it’ll start again around Thanksgiving.

Former catcher Bob Uecker is one of my favorite all time players.  Uecker spent six seasons in the major leagues with the Braves, Cardinals, and Phillies hitting 200 with 14 homeruns and 74 RBIs.  In his words, “It’s hard to stay in the league as long as I have with a 200 average.”

Inducted into the National Radio Hall of Fame in 2001, Uecker was the consummate crack-up.  “I made fun of situations and try to find the humor in things, but it’s never at the expense of the other guy.”  Known for his radio play calling more than actually playing, Uecker also appeared on Johnny Carson’s Tonight show 100 times.

In readying for October I share some favorite Uecker –isms:

“Sure, women sports writers look when they’re in the clubhouse locker room.  How else do you explain a capital letter in the middle of a word?”

“On TV people can see it.  On radio you’ve got to create it.”

“I had slumps that lasted into winter.”

In his late eighties now Uecker still plugs along.  No slumping there.