“I don’t like spiders and snakes, and that ain’t what it takes to love me, you fool, you fool.”

Maggie, my 9th grader, screamed louder than a jet engine.  Hun, my wife, shrieked “Get it out of there!” 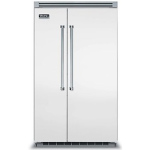 Good thing the patio door was open or they would have ripped away hinges.  The commotion centered at the refrigerator’s ice tray.  Our “fridge” is the kitchen’s nerve center and Captain’s Deck for Hun, the senior officer in charge of menu navigation.  Without the fridge, we starve.  Without the fridge’s ice dispenser, a two-barrel contraption that cubes and crushes ice, we’re doomed to room-temperature drinks.  Without the fridge, our home’s feng shui falls from harmony with the surrounding environment.   TV remote controls mysteriously disappear as do cordless phones and toilet paper.  The car no longer starts.  We can survive without the stove but not the fridge.  The fridge is hallowed land.  We circle the wagons for the fridge.

Upon realizing the significance of the situation, I tip-toed to the fridge and peered inside while Hun and Maggie climbed a nearby tree.  A spider stared at me from his (her?) position in the ice tray. I reached for it but the creature slipped between ice cubes. I emptied the cubes into a zip-lock bag to catch the dude, a jumping spider no larger than my pinky’s fingernail. No luck.  Eight eyes stared at me from a hiding spot of ice remnants near the bottom of the dispenser.  The spider flared back on hind legs and challenged me.  His forelegs beckoned me for a fight.  I think I actually heard laughter.

I had to think quickly before Maggie and Hun climbed to higher ground.  So, I ran the spider through the ice dispenser (I like “crushed ice”) and caught the remains along with some ice chips. The bug is in the garden now.

I emptied the zip-lock bag of ice into the tray, tested and purged the dispenser, and carried a ladder to Maggie and Hun who were now three tree limbs high.  My damsels in distress didn’t even give me a “High-Five” for my heroism.  The way they screamed you would’ve thought a deer carcass hung in the living room.

Is chivalry dead?  I hope not.  I’d do it again even if we had an army of spiders living inside the ice tray.

But if it’s an ice tray full of snakes… that’s another matter.

Be sure to LIKE the Etc. Guy Facebook page.  Or follow me on Twitter.  For a limited time, copies of my book “Let Me Tell You a Story” remain at Lyon Books in downtown Chico.